According to reports, Khloé Kardashian (36) and Tristan Thompson (30) have ended their relationship.

At this time, the report that the 30-year-old NBA player and 36-year-old reality star have gone their separate ways is unconfirmed.

A source told Page Six, “They’re getting along. There is no drama. Everything is amicable and they are on the same page with co-parenting.” They share a three-year-old daughter named True. 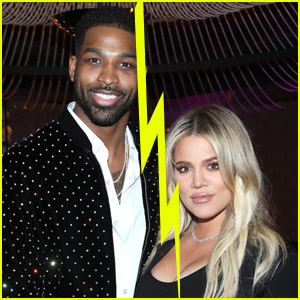 Meanwhile, TMZ reports that they called things not long after a woman named Sydney Chase claimed she and Tristan had sex after he had reunited with Khloe.

Just last night, Khloe reacted to a tweet about Tristan.

This report comes one day after Khloe spoke extensively about her relationship with Tristan during the pre-taped KUWTK reunion special.

She spoke about his cheating and why she ultimately got back together with him.

Khloe and Tristan have split and gotten back together several times over the years amid his numerous cheating scandals.

News of their split comes amidst the Daily Mail reporting that he was allegedly spotted entering a room with three women at a Bel Air birthday party on Friday and emerged 30 minutes later looking “disheveled” — just one day after dining with girlfriend Kardashian and True.

Stay tuned as we learn more. Khloe and Tristan have not publicly commented on this news at this time.