Ariana Grande has decided to ditch her signature high ponytail for a long bob for her first summer as a married woman.

“My hair” singer ditched her signature long ponytail that’s always swaying from side to side and unveiled her shoulder-length bob peeking out from underneath a fuzzy orange bucket hat in a video posted Wednesday (June 30).

Her photographer Alfredo Flores commented, “there she is!!!” as a way to excitedly ushed in a new hair era for the diva.

The high ponytail has been part of Grande’s look for most of her career, but she explained to Zach Sang in November that her boyfriend — now husband — Dalton Gomez liked her natural, curly hair best.

She explained that she views her natural look as an intimate, private thing and that her ponytail was just a part of her public facade.

“But so is this. I wear my ponytail all the time too, but the curls are definitely something that I don’t bring around much. … And my boyfriend loves it. He’s like, ‘Curlies, yay!’ So it’s a very intimate thing. … Hair, for me, is such a guard, character, facade-type thing and it’s had its own evolution, but it has always been this kind of costume piece.”

Grande recently announced that she would be partnering with BetterHelp to give away $2 million worth of therapy. 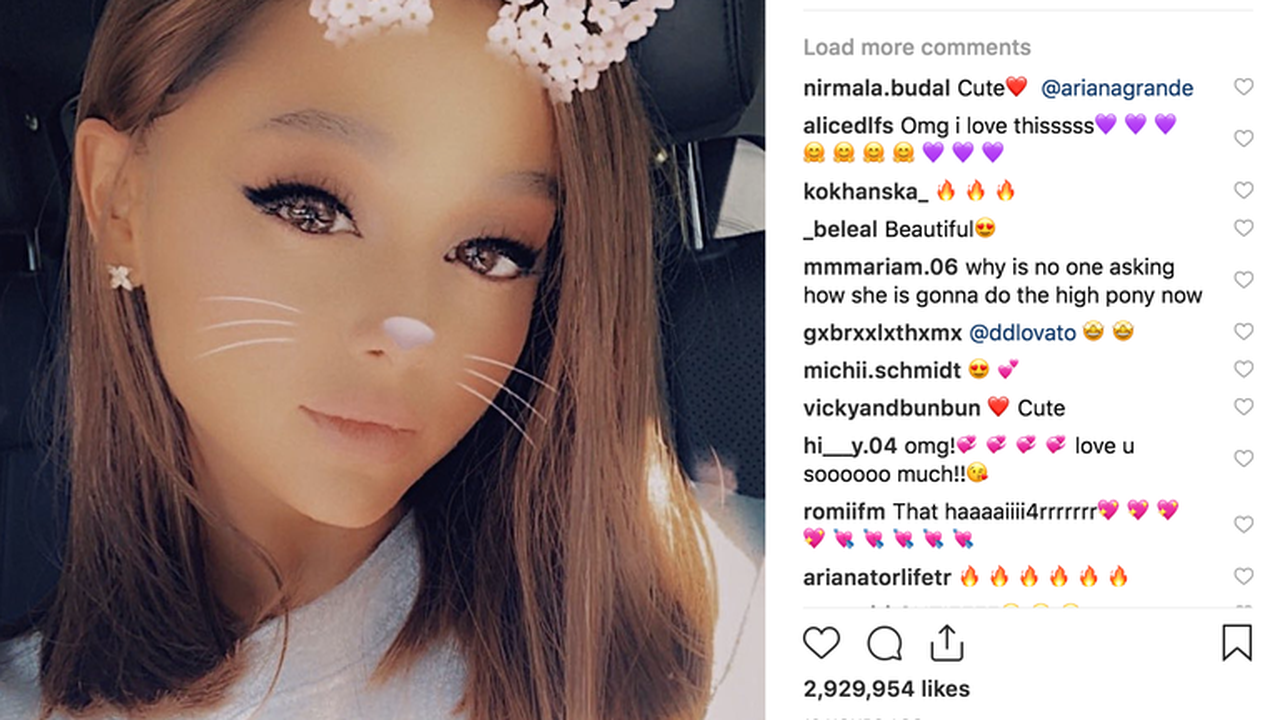 Grande wrote on Instagram announcing the initial giveaway before BetterHelp doubled the amount.

“While acknowledging that therapy should not be for a privileged few but something everyone has access to, and acknowledging that this doesn’t fix that issue in the long run, i really wanted to do this anyway in hopes of inspiring you to dip a toe in, to feel okay asking for help, and to hopefully rid your minds of any sort of self judgement in doing so!”

“i hope that you’ll take advantage of this opportunity and go to betterhelp.com/ariana to be matched with a licensed therapist for one free month,”
she continued. “after that, you’ll have the choice to renew and continue. i so hope that this will be a helpful starting point and that you’ll be able to build space for this in your lives and continue! healing is not linear or easy but you are worth the effort and time, i promise! thank you so much to @betterhelp and i can’t wait to do more work together.”
SOURCE : PopCulture
Comment Form is loading comments...
In this article:Ariana Grande, LongHair, Music, PonyTail