Chrissy Teigen has revealed the pile of condolence letters she received from fans, after her baby son Jack was stillborn in September 2020.

The 35-year-old model and her husband John Legend, 42, were overwhelmed after they received piles of handwritten correspondence from fans, which had been delayed due to the COVID-19 pandemic.

posted several clips on her Instagram story on Wednesday showing the letters, breaking down in tears as she explained she has only just received them.

“Now we got everything so if you send us, you guys sent the most amazing condolence letters and cards and books, and I just want you to know we got all of them, all of them. I’m gonna read them all okay? I love you guys.”

The letters were sent to her agency William Morris Endeavor last year, but she explained the mailroom had “shut down” amid the pandemic and only recently “opened back up”. 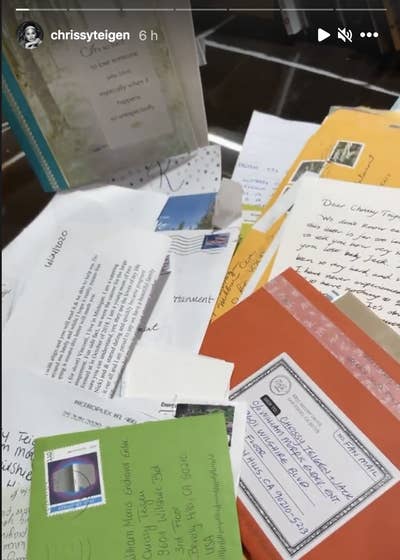 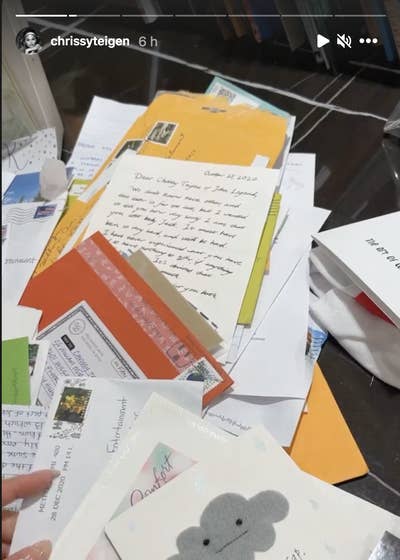 Chrissy previously wrote a blog post on Medium in October, where she opened up about losing Jack and thanked everyone for their support.

She wrote: “I didn’t really know how I would start this, no matter the room or state I was in, but it feels right to begin with a thank you. For weeks, our floors have been covered in flowers of kindness. Notes have flooded in and have each been read with our own teary eyes. Social media messages from strangers have consumed my days, most starting with, “you probably won’t read this, but…”. I can assure you, I did.

“But I will tell you, some of the best letters started with, ‘You don’t have to respond to this, but…’. After we first lost Jack, I found myself incredibly worried that I wasn’t able to thank everyone for their extreme kindness. Many shared incredible personal experiences, some shared books and poems. I wanted to thank everyone, share our story with each individual person. But I knew I was in no state to. For me, the ‘no need to respond’ note was such a true relief. I thank you for each and every one of those.”

Chrissy lost her third child, a baby boy she and husband John Legend named Jack, after weeks of severe pregnancy complications which ultimately let to her being hospitalized