The snapchat of Shatta Wale was at least a date night night for him and his new GF after after parting ways with his baby mama, Michy Diamond.

In a new Snapchat video, the African Dancehall king was seen with a fair-colored lady tightly, hugging each other and getting intimate in the process, to which Shatta Wale did not give her name out due to personal reasons.

Following the breakup with his baby mama Michy two years ago, the award-winning singer has not been seen with a new lady.

Shatta Wale and his girlfriend, Elfreda, looked so in love while in the vaca video on Jan. 23. The two new lovers were packed on the PDA in the vacation selfie, Shatta Wale, took where they both shared a kiss.

“Don’t blame me am in love” with a smiley emoji shatta Wale captioned the shot. Meanwhile Elfreda already bonding with Shatta Wale’s friends, Medikal and Fella Makafui, as they chill on  vacation. Less than 24 hours after Elfreda joined the squad, she has gone on a vacation with Shatta Wale, Medikal, and Fella Makafui and is not in any way looking like a new member of the three (3) members squad, now four (4) if we should say.

In videos popping out from the new lovers vacation, Elfreda is been spotted giving some swimming skills to Medikal’s wife Fella Makafui. 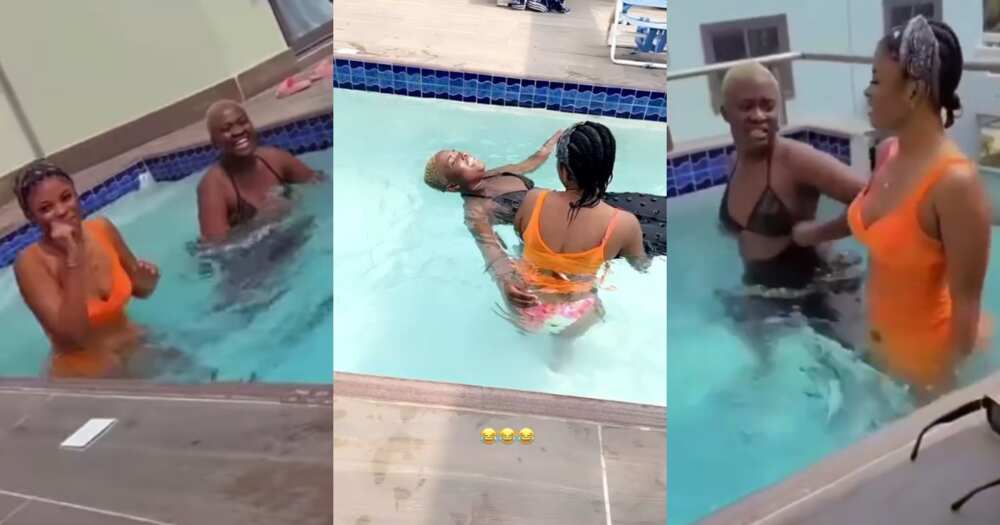 Watch the video below:

The romantic photo of Shatta Wale and Elfreda has caught the attention of social media users.

missmajorwan: But shatta this one deaa Marry her wai The chopping and living is too much

sylviaboatemaa: If this gal can stay with shatta for a year she try oo erh.