Nicki is back with new music! On Friday, the 39-year-old rapper released her new single, “Do We Have a Problem,” which features Lil Baby.

Nicki Minaj’s “Do We Have A Problem? featuring Lil Baby” is making an unsurprisingly strong opening day statement on the US iTunes store.

The song, which launched late Thursday/early Friday, rocketed to #1 on the store’s all-genre song sales chart shortly after release. It remains atop the listing as of press time at 1:25AM ET Friday.

She revealed that, when she came across the beat for the song, she immediately wanted to include Lil Baby on the track because it was his “vibe.” – Zane Lowe on Apple Music 1

“Do We Have A Problem?” seized the throne from the megahit “Encanto” single “We Don’t Talk About Bruno.”

In addition to sharing the audio, Minaj released a 9-minute cinematic music video for the new single. Said video follows.

The video, directed by Benny Boom, centers around a high-octane bank heist with big screen-worthy production. 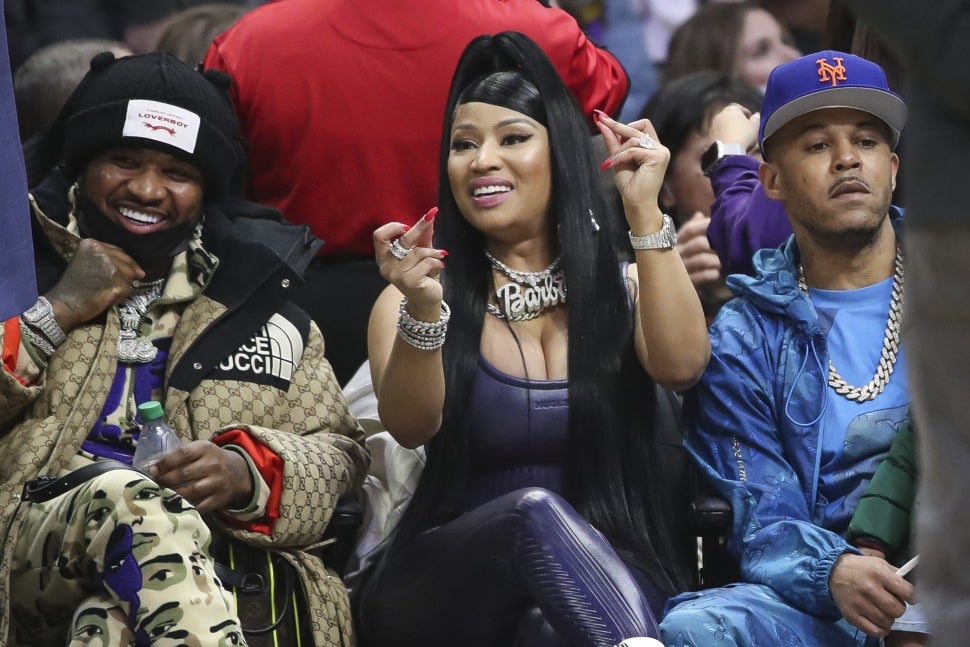