The expected fanfare at Aboh, Mbaise, Imo State was not disappointing as Nollywood actress, Rita Dominic tied the knot with the publisher of Daily Times, Fidelis Anosike.

A video of Uche Jumbo, Chioma Chukwuka, Ini Edo and a host of other celebrities dancing and having a good time with Rita Dominic also surfaced a few moments ago. 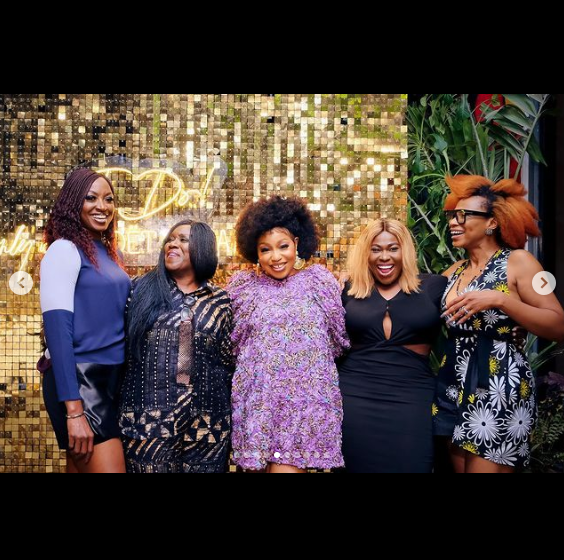 But then, as to every successful event, this elaborate wedding did not fail to generate different waves. Many Nollywood actresses graced the occasion. Some of them include Joke Silva, Uche Jombo, Kate Henshaw, and Ini Edo. 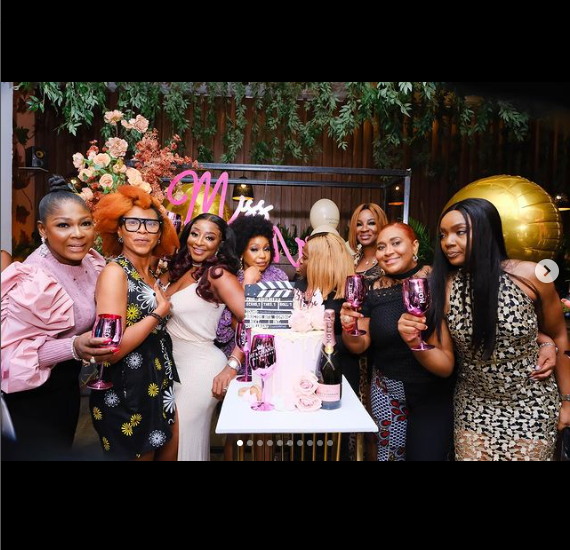 And of course, Nigerian social media users cannot but notice the absence of some colleagues, notably Genevieve Nnaji and Omotola Jalade at the wedding.

Self-acclaimed Africa most talked about actor, Uche Maduagwu, on Wednesday subtly attacked Genevieve for not showing up at the ceremony.

He posted on his Instagram page;
“Whatever you celebrate you go attract, if you Wan smell marriage, attend the marriage ceremonies of others, or at least congratulate dem on social media… even if you no do am as colleagues, do am as sisters from the same State, even if you dey busy that you cannot be there physically, wetin e go cost you to post a congratulatory message on social media?“.

Some fans commented on his post calling his attention to the fact that the actress has been off social media for a while and deserved to be checked upon.- In defence of Genevieve.

A user, frankchukwunyere, commented; “Haven’t you noticed that Genevieve has been mute for some months now… Should be concerned about her too”.

Another Instagram user, @cindysucree, “The person you are referring to is longer on ig probably she’s has called her privately”.

Twitter was no different, as the drama also spread there….

A Twitter user, @AkonteAlabraba1, tweeted; “Why is Genevieve Nnaji not in “Rita Dominic” wedding? I thought they were close at a time”.

Sharing the same sentiment, another user, @tellmarh, in a separate post said; “All of Nollywood turned up for Rita Dominic. It was beautiful to watch. Seeing Shaun George, Hilda Dokubo, Lilian Bach, Chidi Mokeme and other old Nollywood faces. Beautiful. Where was Genevieve though? Anyways congratulations to the beautiful couple”.

Swinging to the other side of the weighing scale, users like @babynursedey4u, opposed; “We focus our attention on irrelevant things.. so Genevieve wasn’t dere n so? Wat If she had oda impt engagement dat day or she isn’t even feeling fine.. dis country nawao“

However, among absentees at the wedding some manage to show their presence and congratulate Rita on social media.

Location tags on Omotola Jalade‘s Instagram page suggest that she’s currently not in Nigeria but in the United States. She, however, made sure to give a shout out to Rita via her Instastory channel.

For reasons unknown to many, the Nollywood actress Kate Henshaw couldn’t also make it down to Owerri to celebrate with her friend.  Kate was, however, among ladies who showed up for Rita’s bridal shower event just some days ago. She also dedicated a congratulatory post to the actress on Instagram.

She wrote;  “THE MOST BEAUTIFUL BRIDE THIS SIDE OF THE EAST💗💗 I wish you from the depths of my heart, every joy, peace, happiness, success in your marriage with Fidelis….
God at the centre of it and you both will be just fine..
That which you waited patiently for has come…
Congratulations darling ♥️ 💖 💃🏼.”

Well the controversial movie star Tonto Dikeh has been a lone ranger for some time and it should come as no surprise that she was missing in action.

A visit to her Instagram page equally shows that she didn’t dedicate any congratulatory posts to Rita. Well, maybe she did and decided to keep it away from social media.