The Red Table Talk made its official return with season five on Wednesday, and while the first episode was about Janelle Monae‘s sexual identity and coming out publicly, Jada and the show took a moment to “kind of’ address Will Smith slapping Chris Rock on stage at the oscars ,where she shared a message prior to the start of the episode.

It read: “Considering all that has happened in the last few weeks, the Smith family has been focusing on deep healing”.

“Some of the discoveries around our healing will be shared at the table when the time calls”. 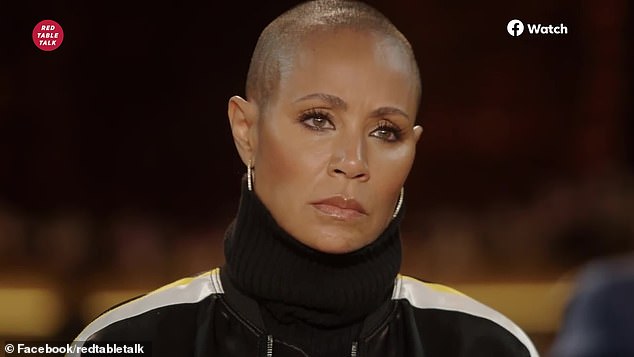 “Until then…the table will continue offering itself to power, inspiring and healing testimonies like that of our incredibly impressive first guest, thanks for joining us”.

This is the first time the 50-year-old actress has openly and ‘kind of’ said something regarding the incident where her husband walked onstage and slapped Chris Rock across the face over a joke the comedian made about her shaved head.

‘This is a season for healing. And I’m here for it,’ she wrote.

Well Jada made her first public appearance since the oscars incident, where she was on the red carpet all smiles supporting “Grey’s Anatomy” creator Shonda Rhimes at the grand opening of the rhimes “Performing Arts Center” in Los Angeles.