LOS ANGELES, CA - MARCH 27: In this handout photo provided by A.M.P.A.S., Beyoncé performs during the ABC telecast of the 94th Oscars® on Sunday, March 27, 2022 in Los Angeles, California. (Photo by Mason Poole/A.M.P.A.S. via Getty Images)

Earlier this week, Beyoncé broke the internet yet again with surprise announcement of her seventh-studio album, she also shared the screenshot on his Instagram account the body of art for the which she named ‘Renaissance’

Beyoncé change her Instagram bio to reflect the impending Renaissance.

A box set description on her website verifying “Renaissance” includes a CD, T-shirt, and a collectable box.

According to the shop on Beyonce.com, the four collections — titled Pose 1, 2, 3 and 4, available only via the website — cost $39.99 and ship the day the album drops.

Each box set will include a Renaissance box, T-shirt, and CD; the cover art and various T-shirt designs will be revealed later.

In her July 2022 cover feature for the magazine, she sits atop a horse while dressed head-to-toe in an Alaïa look. The velvet gown was accessorised with a beautiful feathery headdress by British-American brand Harris Reed and Vivienne Lake, as well as Eddie Borgo earrings.

The editor-in-chief of British Vogue, Edward Enninful, detailed hearing the album in person in the publication: “Instantly, a wall of sound hits me. Soaring vocals and fierce beats combine and in a split second I’m transported back to the clubs of my youth. I want to get up and start throwing moves. It’s music I love to my core. Music that makes you rise, that turns your mind to cultures and subcultures, to our people past and present, music that will unite so many on the dance floor, music that touches your soul. As ever with Beyoncé, it is all about the intent. I sit back, after the wave, absorbing it all.”

Knowles-Carter’s website is already decked out in Renaissance imagery. There are currently “pre-save” and “pre-add” options for the album on Spotify and Apple Music, as well as Renaissance-inspired merch on her e-store.

B wanted to play with fashion like never before, and as we swapped references (from the 1990s garage scene to ’80s excess), talked hair and beauty, and got to know her team, a vision of glittering retro-futurism began to take shape,” Edward Enninful described the idea behind the photoshoot.

“[On set] it was a magical mood and soon B was walking around feeling easy and free to be herself,” he added. “Her husband and kids came to surprise her on set. It was a family day out – albeit a slightly surreal one,” talking about Jay-Z and her three children, Blue Ivy, and the twins Rumi and Sir. 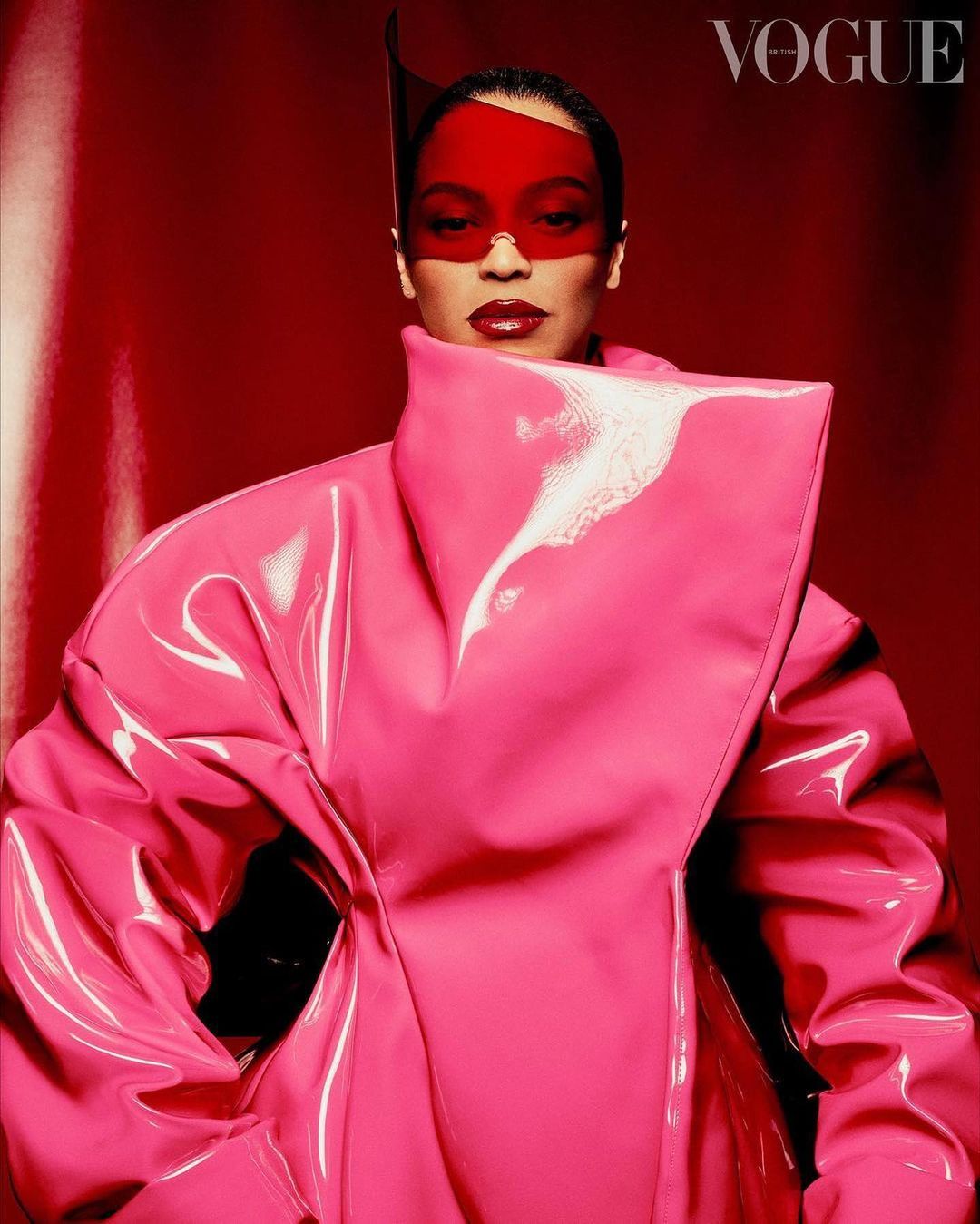 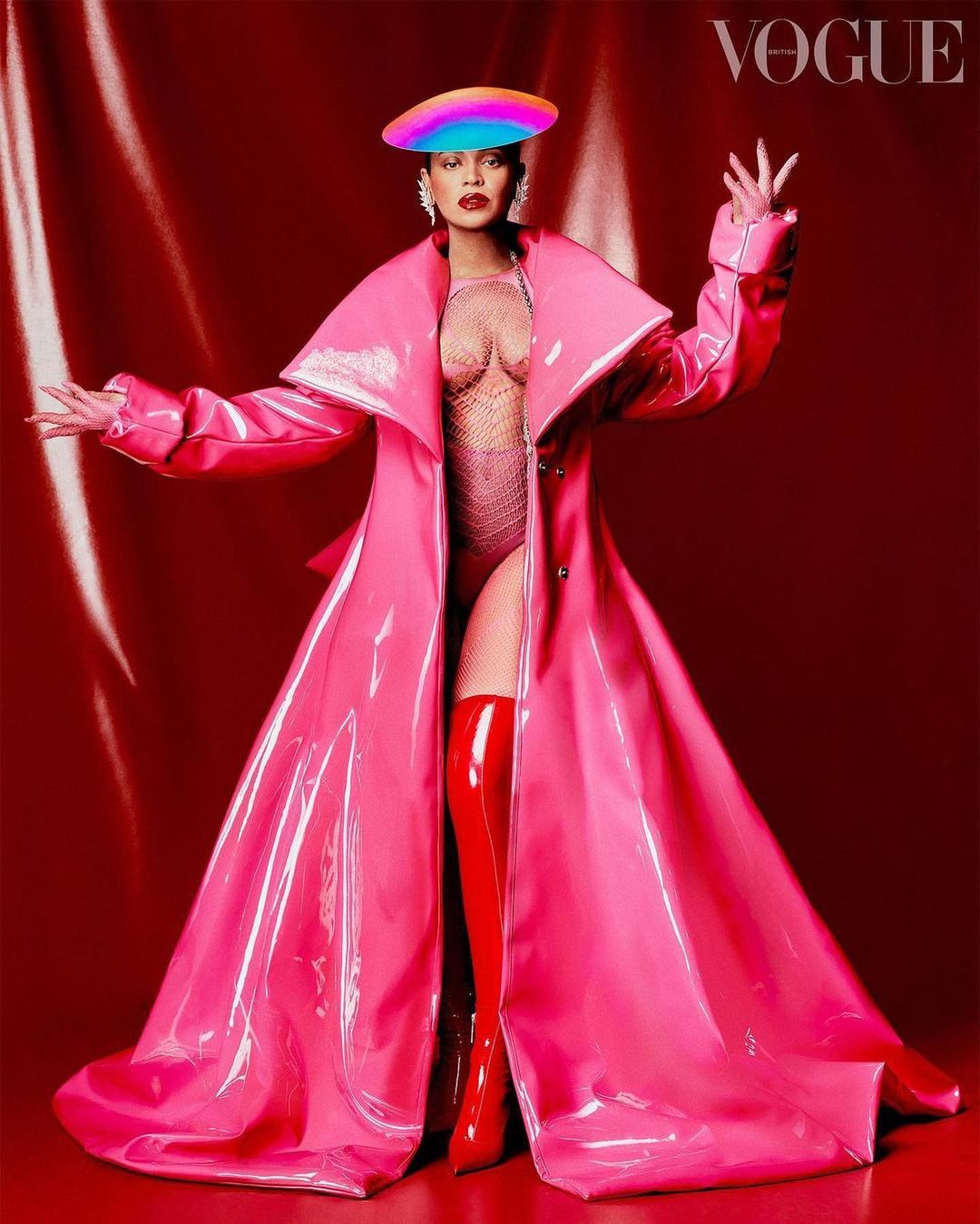 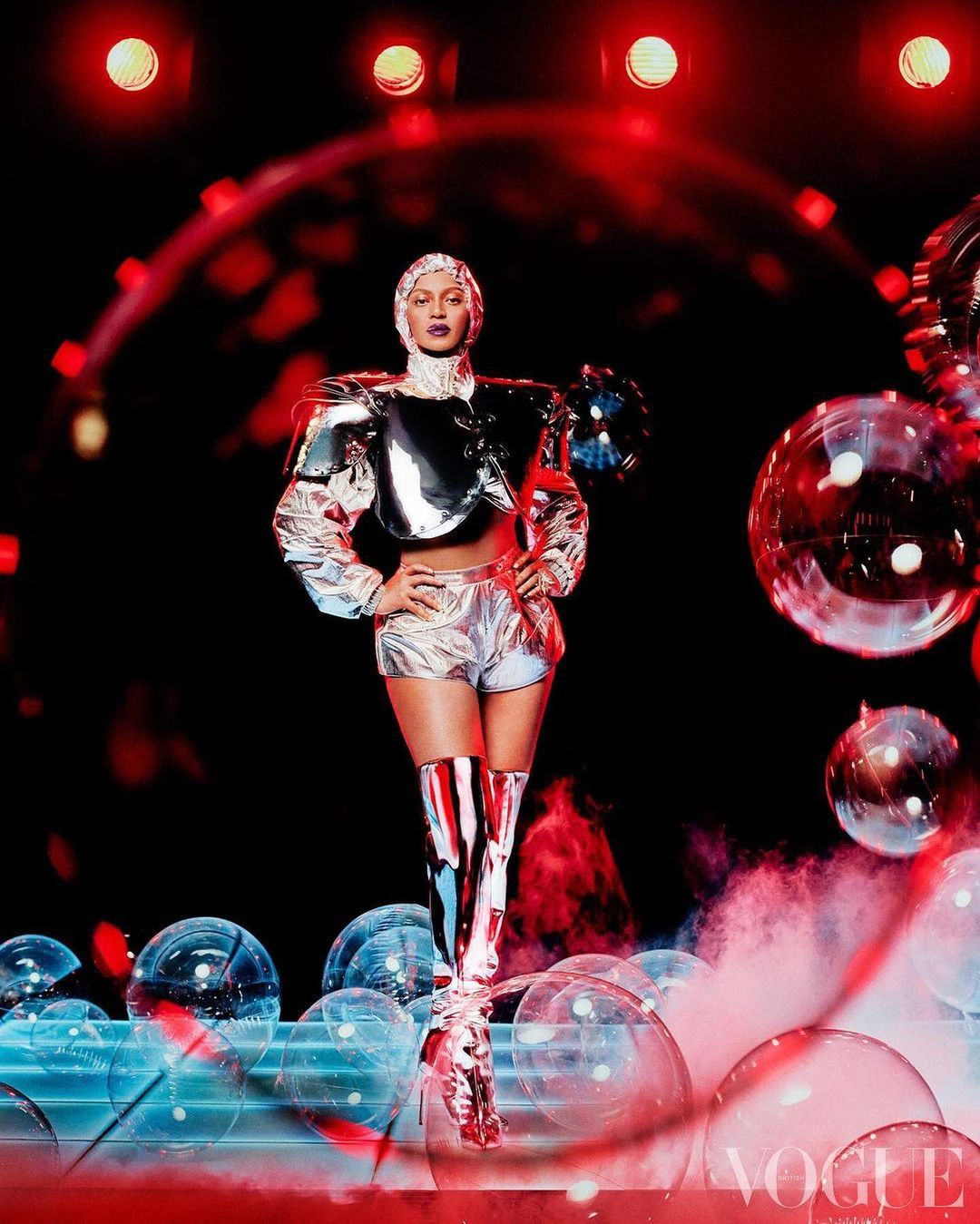 See the full feature in the July issue of British Vogue here.