In a recently published teaser for their Netflix documentary series, Harry and Meghan want you to hear their tale directly from them.

Netflix has shared the first trailer for its Prince Harry and Meghan Markle documentary, and it’s clear from the brief video that the world is about to see the couple in a whole new light. The six-part documentary trailer marks the first time Netflix has made the project publicly known. According to the streaming service, the series “explores the covert days of their early courtship and the difficulties that forced them to feel forced to step back from their full-time roles in the institution.”

“The Duke and Duchess of Sussex share the other side of their high-profile love story,” reads the official synopsis. “Across six episodes, the series explores the clandestine days of their early courtship and the challenges that led to them feeling forced to step back from their full-time roles in the institution.”

The one-minute Harry & Meghan trailer begins with a collection of behind-the-scenes black-and-white images showing the high points of the Duke and Duchess of Sussex’s private life. These images include selfies taken while on vacation, holding hands as Harry leans on a guitar, canoodling in a photo booth, a silhouette of a pregnant Markle, and a picture of the couple dancing at their 2018 wedding reception.

However, as the video goes on, the music gets louder and the visuals become more intense. There is a picture of Markle sobbing into a phone, a picture of a glum-faced Prince William and Kate Middleton sitting apart from Markle at the Sussexes’ final official engagement in 2020, and there is a brief glimpse of Harry and Markle wiping their eyes during an interview.

“Why did you want to make this documentary?” director Liz Garbus asks the couple from behind the camera.

“No one sees what’s happening behind closed doors,” Harry says. “I had to do everything I could to protect my family.”

“Commentary from friends and family, most of whom have never spoken publicly before about what they witnessed, and historians who discuss the state of the British Commonwealth today and the royal family’s relationship with the press,” according to the description of the series from What Happened, Miss Simone? director and Academy Award nominee Liz Garbus.

The streaming service promises “a never-before-seen look at one of the most-discussed couples in history.”

While Netflix doesn’t disclose the official start date for the docuseries — a note on the trailer says it’s “coming soon” — several entertainment publications say we could see the series stream as soon as Dec. 8. 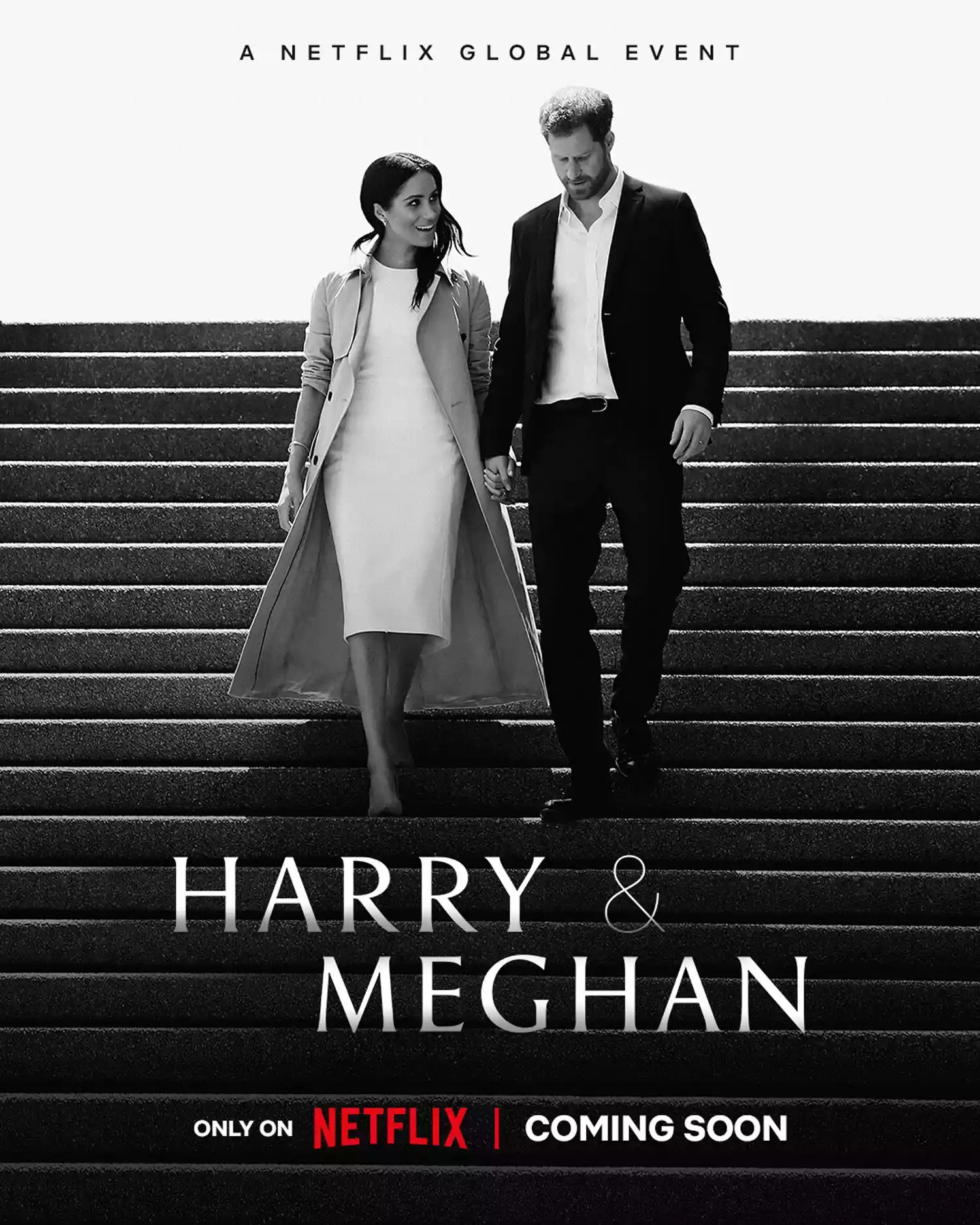