According to Reebok, 50 Cent‘s G-Unit sneaker was such a cultural phenomenon that at its height, its popularity matched that of Air Jordan. The Complex Sneakers Podcast guest Todd Krinsky, CEO of Reebok, recently stated that during the course of a year, one pair of G-Unit sneakers nearly outperformed a pair of Air Jordans in a comparable colorway.

“We were selling like, you know, 40-50,000 per color at a time,” Krinsky said of the G-Unit sneakers, before noting Paul Fireman, the brand’s CEO’s focus on Reebok’s sales in comparison to that of Air Jordans. “He was always saying how many Jordans sell this week. I’m telling you, he was literally asking that every week or every time we had a meeting.”

Krinsky went on to say, “I remember that back to school we sold on one color, like 75,000 pairs. However, he’s sure to clarify that G-Unit sneaks were not as big of a brand as Air Jordan overall, but that they were in fighting distance in the marketplace at one point during the early ’00s.

“I’m not saying by the way that G-Unit was ever close to Jordan in any way. I’m saying that one moment in time, that one colorway, I think we sold in almost as many pairs as the Jordan launch for that period.” 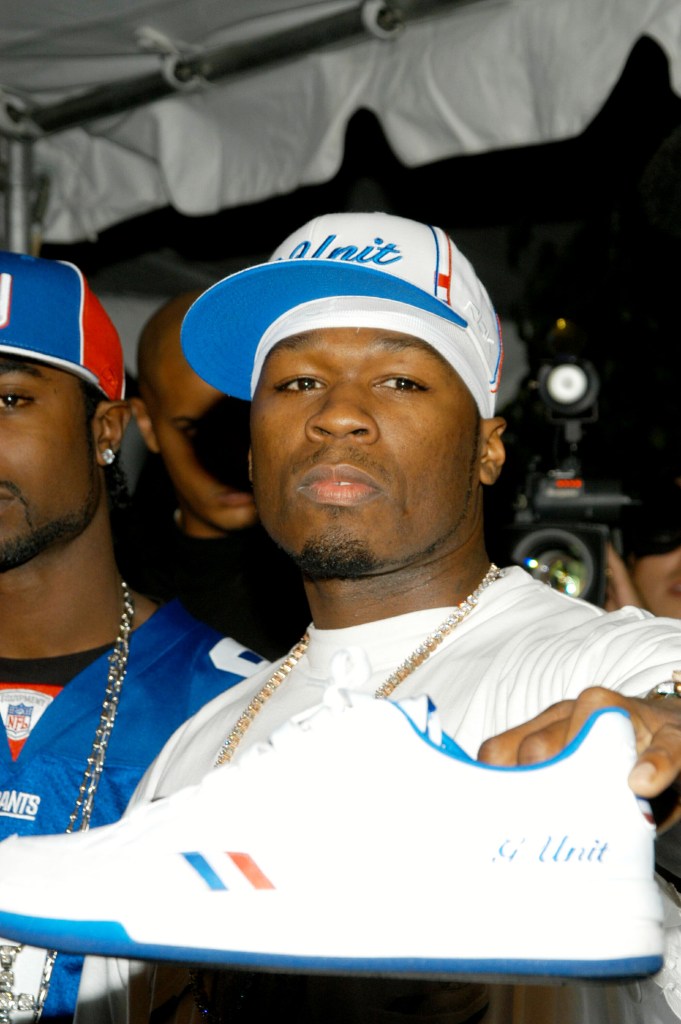 Rapper 50 Cent arrives November 4, 2003, at his and Reebok’s launch party for Answer 7 and G6 footwear at Capitale in New York City

The executive remembers discussions with Fireman about using the Hip-Hop look and its celebrities to promote their goods. As a result, 50 Cent, who claims to have made $80 million as part of the arrangement, and Jay-Z were both signed on as endorsees with their very own signature shoes. According to Krinsky, “We had this discussion about how music artists are becoming more prominent than ever in his boardroom. “And this was that Renaissance period of kind of ’90s and 2000s Hip Hop.”

Krinsky praises 50 Cent for his business savvy and commitment to support the brand while revealing how Fif would go above and above to assure the success of his sneakers, even visiting stores to try to increase sales.

“50 was also incredibly immersed in the business,” Krinsky said. “Like he came to every meeting on time, ready to go, and his first question every meeting was ‘How many pairs we sell this week?’“

Watch Todd Krinsky’s appearance on The Complex Sneakers Podcast ABOVE.