Stonebwoy will be hitting the stage on December, 16 and is set to thrill fans to his repertoire of hits, while Jamaican superstar Sean Paul is expected to grace the fan festival on December 17. Before Stonebwoy is Paul van Dyk on 15th of December 2022 – 21:30.

Sean Paul was the first Jamaican to be on the cover of Vibe Magazine and the only Jamaican musician to win an American Music Award (2006) for Favorite Pop/Rock Male Artiste. Sean Paul appreciates the recognition, but he prioritizes being modest and pleasing his followers.

Sean Paul’s distinctive vocals, captivating rhythms, and top-notch production have been the ideal combination to catapult him to Grammy Award-winning, global superstardom. On December 17, the dancehall superstar will also perform on the fan festival stage, 20:00.

After Nigeria’s Kizz Daniels and Patoranking both gave performances at earlier festivals in November, Stonebwoy will be the fourth African performer to grace the Fan Festival stage this year. 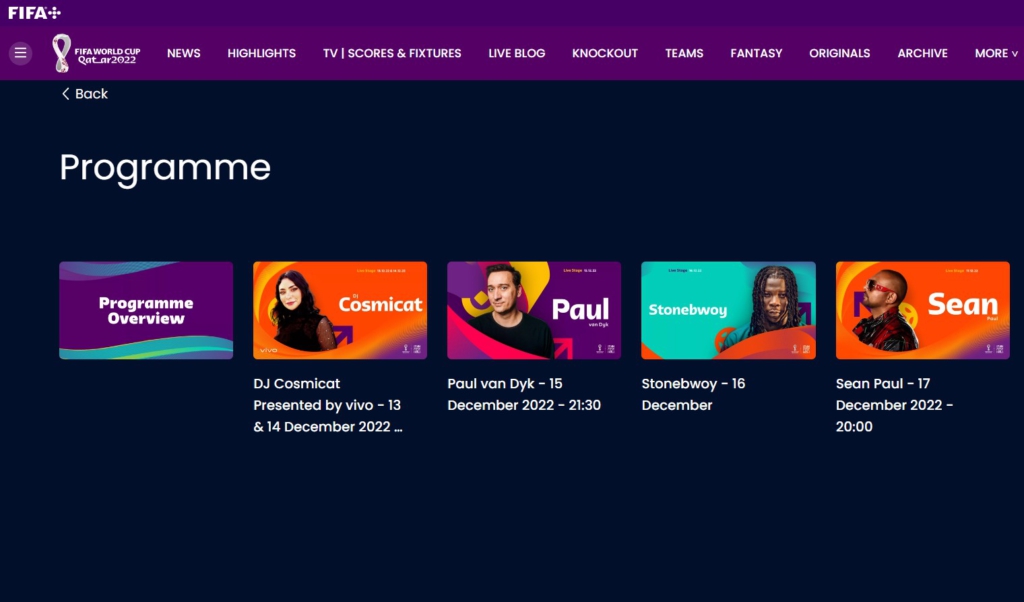