When the renowned journalist Barbara Walters passed away on December 30 at the age of 93, many celebrities and admirers paid tribute to her long and fruitful career.

According to CNN, Walters paved the way for other women in the business by hosting Today and ABC News, where she made history as the first female anchor of an evening news program. However, Walters is also well recognized for starting The View, a daytime chat show that only features women as hosts, when she was 68 years old.

As a result, on January 3, with its first program following the Christmas break, The View show paid tribute to Walters, with past and present co-hosts present there to share fond memories of Walters, but missing one popular face or name.

Simplest and best tribute to exemplify the Barbara Walters legacy :

On her final show on The View, they just brought one female journalist after another to honour her. All ages, races, from NBC to FOX, to say thank you. She’s completely overwhelmed and touched. pic.twitter.com/923BqlU7CG

Even though O’Donnell wasn’t directly participating in the homage, the broadcast included numerous clips spanning Walters’ career, which raises concerns among twitter users saying she was deliberately not invited to the tribute.

“I know the show has bad blood with Rosie O’Donnell, but it would’ve been nice if they’d included her today. #theview,” one tweet reads.

I know the show has bad blood with Rosie O’Donnell, but it would’ve been nice if they’d included her today. #theview

Another Twitter user wrote, “I wish @Rosie was included on the @TheView’s remembrance of Barbara Walters show.”

And due to the circulation tweets of uncertainties of her not been involved in the Tribute to the Legend, O’Donnell spoke out to clear the air. 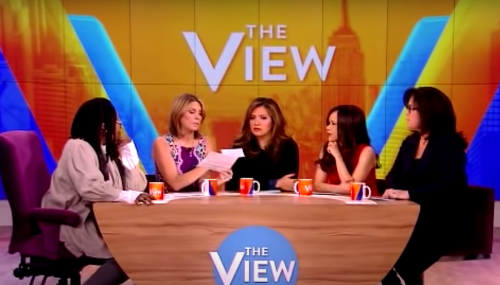 O’Donnell did indeed receive an invitation, according to a The View spokeswoman, TVLine said. But O’Donnell indicated that she might not have wanted to be there in a video she shared to her TikTok account.

“Yeah, they invited me, but I wasn’t able to make it,” O’Donnell said. “You know, I didn’t want to be in a big group of people—I don’t know—I was worried that I would get upset and um, didn’t want to do that, so, there you go.”  But Contrary to the former co-host’s revelations, initially her absence was solely attributed to a scheduling conflict per her representatives.

O’Donnell sent her own poignant statement about Walters on social media before the homage on The View.

“Very sad to hear about Barbara Walters’ passing,” she said in the Dec. 30 TikTok video. “Although, 93, man, who wouldn’t take that? What a long and eventful, legendary life she had—spoke to every prominent world leader in memory, interviewed everyone who was anyone, and I was lucky enough to be in her orbit for a good many years.”

O’Donnell added a humorous anecdote about the time she and Walters went to a Broadway musical together.

“Whenever we’d go backstage, I’d like try to help her over the steps … and she would always smack my hand and tell me to leave her alone,” O’Donnell recalled. “She knew what she was doing, I could tell you that.”

She underlined the barriers that Walters lifted for women in her conclusion, “She was the first and will always be remembered.”