The German anti-war drama is nominated for best picture and best international feature and joins as the most nominated films for the Oscars 2023.

It is the first adaptation of Erich Maria Remarque’s anti-war novel “All Quiet on the Western Front” in a language other than English. German director Edward Berger has taken the initiative to produce a German adaptation, which was released internationally on Netflix in October 2022.

“All Quiet on the Western Front” is among the favorites at the Academy Awards on March 12, with nine nominations including top categories best picture and best international feature, as well as best cinematography, production design, visual effects, sound, makeup and hairstyling, original score and adapted screenplay making it one of the most nominated Oscar films, behind “Everything Everywhere All at Once” with 11 noms and next to Searchlight Pictures’ “The Banshees of Inisherin” with eight nominations. Warner Bros.’ 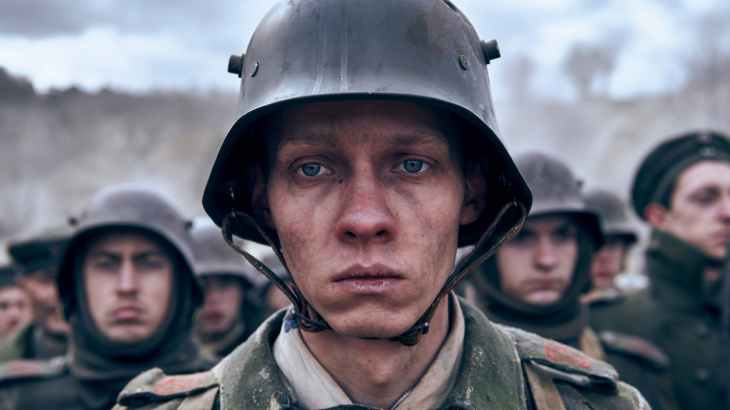 Edward Berger told DW that the topic is still important more than a century after the war, and that the film is disturbingly current due to rising populism and nationalism. Director Barger begun working on the film three years ago, and he was uneased due to rising political issues in Europe and the world.

“There was Brexit in the UK, we had a right-wing government in Hungary, and a rising far right in France and Germany and many countries around Europe,” he said. “Suddenly, institutions that brought us peace for 70 years, like the EU, were being questioned.”

The Sea Beast, “Pinocchio,” “Blonde,” and two short documentaries, “The Elephant Whisperers” and “The Martha Mitchell Effect,” were among the other Netflix movies nominated for awards.

Along with “Elvis,” Warner Bros. also took three nominations for “The Batman.” Additionally nominated were the short documentaries “All That Breathes” and “Navalny.”

The 2023 Academy Awards will be broadcast on ABC on Sunday, March 12.

Comment Form is loading comments...
In this article:#All Quiet on the Western Front, #Everything Everywhere All at Once, #Film, #Oscars 2023