“Tar,” “All Quiet on the Western Front” and “The Banshees of Inisherin” are also among the Academy Awards’ most nominated films of the year. The nominees were unveiled by the Academy of Motion Picture Arts and Sciences on Tuesday.

The quirky indie sci-fi film directed by Daniel Kwan and Daniel Scheinert is one of numerous multiplex films that were among this year’s favorites. Streaming services like Netflix and Apple TV dominated the Oscars the year before.

The A24 movie, which debuted back in March, has defied even its producers’ expectations by emerging as an unexpected Oscar heavyweight. Yeoh was the first Asian actor to receive a best actress nomination.

Michelle Yeoh was much overwhelmed speaking about the nominations, stating that even being nominated even merely signifies approval and love from your peers. 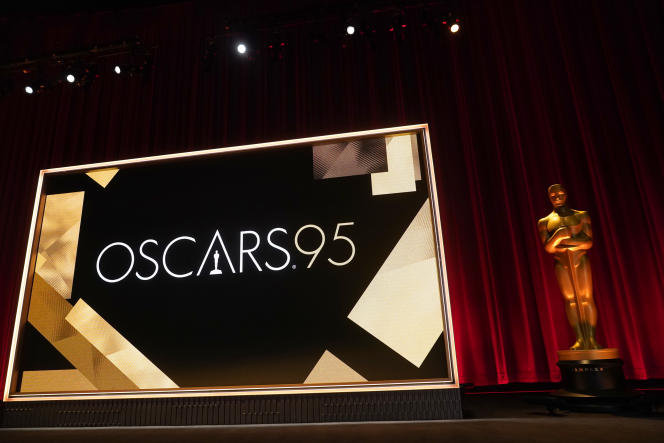 A view of the stage appears before the start of the 95th Academy Awards nomination ceremony on Tuesday, January 24, 2023, at the Academy Museum in Los Angeles: JAE C. HONG / AP

Meanwhile, the smash hit Indian song “Naatu Naatu” from the film “RRR” has been nominated for best original song, becoming the first Indian nomination in the category.

11 times oscar nominee everything everywhere all at once !!!!!! #Oscars2023 pic.twitter.com/NsBtKDyIJZ